Sorry, it looks like New York City Ballet - 21st Century Choreographers I is no longer happening on these dates 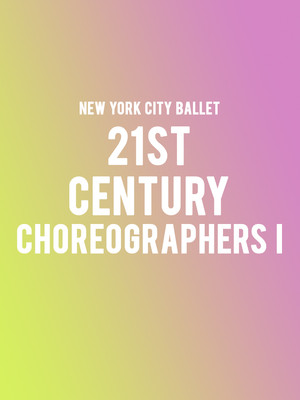 The Future of Dance

The first in this three-part series celebrating the most formidable choreographers of our century. The series encompasses those who helped bring ballet into the 21st century to those who work to push its boundaries even further. Program One features the works of three leading choreographer's Lauren Lovette, Justin Peck and Christopher Wheeldon.

Year of the Rabbit - Choreographed by Justin Peck, Music by Sufjan Stevans, Orchestrated by Michael P. Atkinson
Set to an orchestration of Sufjan Stevens' 2001 electronica album Enjoy Your Rabbit, Justin Peck's applauded Year of the Rabbit presents a dynamic medley of striking shapes, interlacing six featured dances into the heart of the ballet.

Estancia - Choreographed by Christopher Wheeldon, Music by Alberto Ginastera
The story of a city boy who learns to control horses, and eventually capture the heart of a country girl, on the Argentine plains. Estancia features magnificent painted landscapes by Santiago Calatrava.

Sound good to you? Share this page on social media and let your friends know about New York City Ballet - 21st Century Choreographers I at David H Koch Theater.