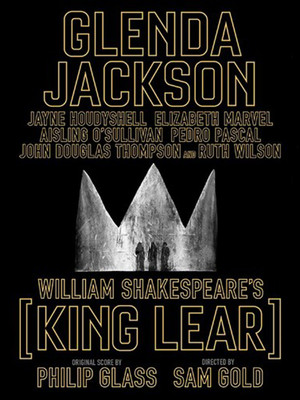 RUTH WILSON NOMINATED FOR THE BEST PERFORMANCE BY AN ACTRESS IN A FEATURED ROLE IN A PLAY, TONY AWARD 2019

Jackson wastes no time in her continued conquering of the Great White Way after her noted three-decade absence to pursue a political career, an experience she may find indispensable as she prepares to reprise her much-acclaimed role as Shakespeare's ill-fated Royal in the Tony Nominated Broadway transfer of this production from London's Old Vic Theatre.

A 2018 Tony-winner for her turn in Edward Albee's Three Tall Women, Jackson is consistently a magnetic force on the stage. Of this exciting new production, she stated: "Performing King Lear in London was a wonderful and fulfilling experience, but this is a role you continue to work on and to make new discoveries. I am thrilled to have the opportunity to explore the role anew, and look forward to the challenge of performing it on Broadway."

When the aging Lear finally decides to retire from rule and divide his kingdom among his three daughters, what he imagined to be a straightforward process is thrown into complete anarchy, as his grasping family all conspire to drive him out of his mind. Consumed by the fierce storm of treachery, Lear finds that his life hangs in the balance and embarks on a perilous journey to save his soul from damnation. What is a king to do as the vultures circle?

Three and a half hours with one intermission

Sound good to you? Share this page on social media and let your friends know about King Lear at Cort Theater.