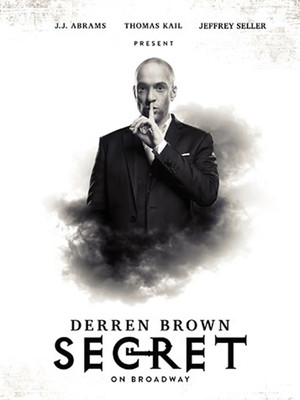 Prepare to be bewitched by the talents of this consummate showman whose previous feats have included playing Russian Roulette on live television, convincing members of the public to willingly carry out a bank heist among many other unbelievable, controversial antics. A two-bit charlatan he ain't.

Whilst studying at university the young Brown found his head turned by a hypnotist show. Discovering he had a natural flair for wielding the psychological principals behind cohesion and the power of suggestion, he went on to practice traditional close-up magic before lending his mentalism skills to his live shows. Since then he has gone on to create multiple books, television specials and award-winning live shows that have raised him to one of his native UK's most influential and respected practitioners, baffling audiences with his skills before explaining the often very simple psychology behind them.

WHAT SHALL I EXPECT?

Brown's shows are a heady mix of multi-media presentation and display, reliant on pliable audiences ready to participate fully in the experience.

Two hours and 30mins with one intermission

Sound good to you? Share this page on social media and let your friends know about Derren Brown: Secret at Cort Theater.