Sorry! You missed The Crucible at Connelly Theater 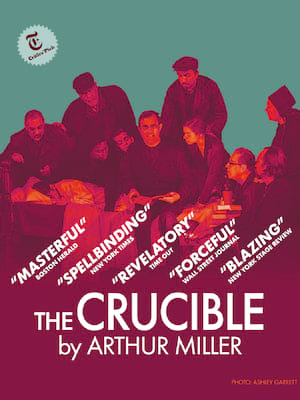 Arthur Miller's Tony Award-winning play is profoundly powerful in its message, as a stage play, and as a piece of literature

Why See The Crucible?

Through vivid characterizations and sparse set design, Bedlam brings the timeless tale of John Proctor and his trial of reputation. Set in Salem, Massachusetts in the late 1600s, a group of village girls unleash the Salem Witch trials when they are discovered dancing with a slave named Tituba in the forest. Owing to their secret affair, the leader of the young women Abigail ensnares local farmer John in the ensuing hysteria, and as the villagers turn on each other the gallows loom for innocent and guilty alike.

Seen The Crucible? Loved it? Hated it?

Sound good to you? Share this page on social media and let your friends know about The Crucible at Connelly Theater.