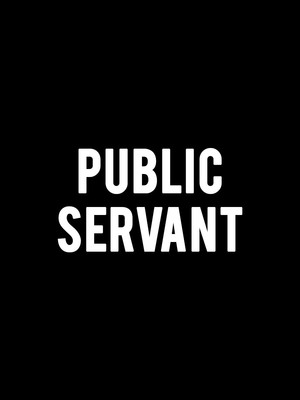 A New Work From This Is Us Writer Bekah Brunstetter

Bekah Brunstetter, writer/producer of the NBC smash hit drama This Is Us, proved she had serious theater chops when she debuted the searing, timely and thought-provoking comedy Cake at Los Angeles' Geffen Theatre House in 2017. Tackling issues of homophobia, prejudice and religion, the sparky production drew critical acclaim for its tender and insightful portrayal of people on both sides of the equation. Continuing her thematic trilogy, Brunstetter's latest work Public Servant enjoys its world premiere at Off-Broadway stalwart The Clurman Theater on Theater Row.

Public servant follows Ed, one of the good guys in a political world embroiled in fake news, government shutdowns and drama you just couldn't make up. Freshly elected the County Commissioner, Ed isn't so much concerned with White House goings on as he is with setting things right in his corner of the world and being a good role model for his impressionable young daughter Hannah. Imbued with Brunstetter's trademark wit and empathy, this new production is sure to provoke thoughts and change mindsets whilst remaining highly entertaining.

Sound good to you? Share this page on social media and let your friends know about Public Servant at Clurman Theatre.