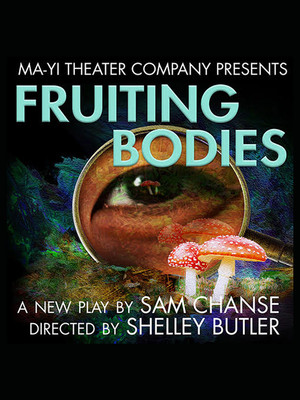 The Off-Broadway Premiere of Fruiting Bodies

Dedicated to promoting and developing the work of innovative Asian-American artists, New York City's Obie and Drama Desk Award-winning Ma-Yi Theater Company presents the hotly anticipated Off-Broadway premiere of Fruiting Bodies, written by MacDowell Fellow and Ma-Yi Writer's Lab member Sam Chanse. No stranger to the buzzing streets of the Big Apple, the New York and LA-based playwright has drawn attention for boldly political, feminist and humanist works that have been staged across the country.

Fruiting Bodies transports audiences to a misty forest in Northern California, where two sisters search for their father who's not returned from a routine mushroom foraging jaunt. With the landscape seemingly shifting around them, the sisters encounter a young boy who looks remarkably like their own long absent brother. Family and race and gender politics collide in a thought-provoking comedy drama by a blossoming voice in the country's indie theater scene.

Sound good to you? Share this page on social media and let your friends know about Fruiting Bodies at Clurman Theatre.