Sorry! You missed Once On This Island at Circle in the Square Theatre 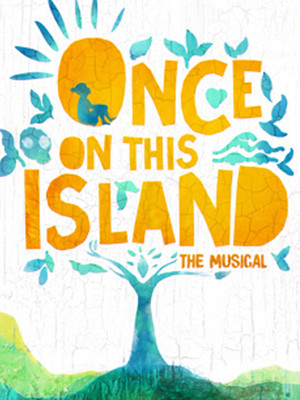 Once On This Island

The hallmark ingenuity, warmth, and intensity bordering on excess that characterize Arden's style is recapitulated everywhere within the production, from the frankly stupendous singing to the electric choreography.

Why See Once On This Island?

Don't miss your chance to see the 2018 Tony winner, must close January 6!

Stephen Flaherty's bittersweet musical based on both Romeo and Juliet and The Little Mermaid is here! First premiering in 1990, this socially-aware fairytale musical went onto win critical acclaim on Broadway, and an Olivier Award when it transferred to London in 1994. Watch as the power of love unites people of all races and classes, thanks to one young woman's ultimate sacrifice.

The cast for this Broadway revival is led by Tony winner Lea Salonga (Miss Saigon, Allegiance). Watch as the power of love unites people of all races and classes, thanks to one young woman's ultimate sacrifice. This critically acclaimed production has been nominated for seven Drama Desk Awards, including Outstanding Revival of a Musical and a cast award for Kenita R. Miller.

What is Once On This Island about?

Our story takes place on Haiti during the early 20th century, where the populace is heavily segregated between the darker-skinned peasants who struggle for a living, and the lighter-skinned rich people, descendants of the white plantation owners and their slaves. A young girl, Ti Moune (played by newcomer Hailey Kilgore) is swept away from her village by a sudden flash flood, and the island gods save her life, fore-tlling that she has an important destiny.

Years later, and now a beautiful young woman, having been raised by a childless peasant couple, Ti Moune is yearning for adventure, and longs to be like the fairer-skinned rich folk who drive in fast cars on the island. Two of the gods use her as a pawn in a bet; what is more powerful, love or death?

In a scene reminiscent of The Little Mermaid, Ti Moune rescues a handsome light-skinned man from his crashed car during a flash flood storm orchestrated by the gods; desperate to keep him from dying, she makes a deal with Death: his life for her soul. What transpires is a heartbreaking journey of unrequited love, pain but ultimate redemption for everyone on the island.

Might not be suitable for children under 10 years of age. Children under the age of 4 are not permitted in the theatre.

Best Revival of a Musical

Outstanding Lighing Design for a Musical

I was moved to tears by the beauty of this production

I was moved to tears by the beauty of this production, the beauty seen in every aspect. Each member of this company enhances this island community, with neither adding any more or less than the other!

Seen Once On This Island? Loved it? Hated it?

Sound good to you? Share this page on social media and let your friends know about Once On This Island at Circle in the Square Theatre.