Sorry! You missed Oklahoma! at Circle in the Square Theatre 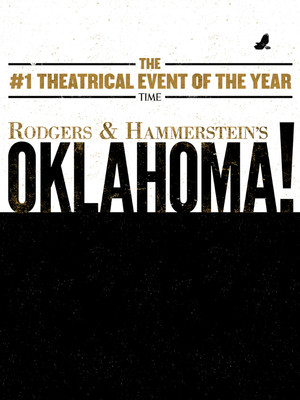 OH! WHAT A BEAUTIFUL REVIVAL

Nominated for Best Musical Theater Album at the 2020 Grammy Awards!

Beautiful mornings beckon once more for Bard SummerStage's highly acclaimed interpretation of Roger's and Hammerstein's quintessential 1943 American musical, Oklahoma! Following sold-out engagements at St. Ann's Warehouse, this production configured for today's America is currently enjoying a Broadway transfer, marking the show's first main stem return since 2002. Although recognizable as the beloved and influential show, director Daniel Fish and team have approached the musical with a fresh vision, examining the darker themes that roil below the surface of the romance and innocence of the original, whilst still retaining the optimism and timelessness of the early American Dream in a confection that zings with vibrancy and topicality more now than ever.

Stripped back, with new choreography by John Heginbotham and orchestrations and music from Daniel Kluger, this Oklahoma! invites the audience to immerse themselves in the story further than ever before, presenting the scene as a local jamboree where the narrative unfolds. A seven-piece band provides the music, allowing Rogers and Hammerstein's wit, talent and fundamental understanding of human nature to shine. This exciting and intriguing transfer is certainly one of the season's must-see highlights.

The story of Oklahoma!

An upcoming box social is stirring strong emotions among the population of a small (pre-statehood) Oklahoma town in the early 1900s. Curly McLain has asked farm girl Laurey to accompany him but she has refused, instead of accepting the invitation of the mysterious and sinister farmhand Jud Fry. Laurie's friend Ado Annie is going with her boyfriend Will Parker, but while he's been away she has been seen flirting with Persian pedlar Ali Hakim. On the night of the social, matters come to a head, in a whirlwind of passion, rivalry, jealousy, and fighting.

A genre-defining classic that is constantly revived, don't miss this reimagining from an innovative and visionary company.

Two hours and 45 minutes with one intermission

Images are from the Off-Broadway production staged at St. Ann's Warehouse

Get your cowboy boots and giddy on up to this show, you'll get to spend the night tapping your foot to a superb score performed marvelously by this outstanding cast

Judging by the reactions from a few of the senior citizens leaving the theatre in front of me, Daniel Fish (Director) has certainly made some bold adjustments to the classic musical Oklahoma.

I wanted to LOVE this production. I was super intrigued by the notion... more

Beth: “Let's Call It a Re-imagining, Not a Revival”

I have long felt that a darker Oklahoma! is in the text, waiting to be... more

Sound good to you? Share this page on social media and let your friends know about Oklahoma! at Circle in the Square Theatre.