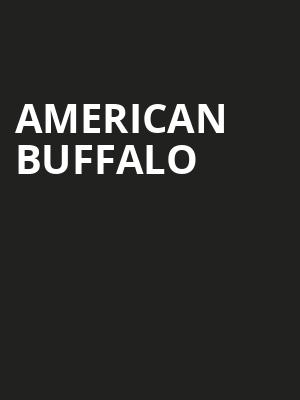 The beauty of David Mamet's 40-year-old play is how much of its meaning remains implicit....it reverberates with political and ethical possibilities.

Mamet's second-full length play, American Buffalo catapulted the fledgling writer to literary icon status and first introduced audiences to "Mametspeak", a poetic confluence of profanity, interruptions and tough-as-nails vernacular that came to typify his dramatic voice. Calling out the flaws of the American Dream, the drama collides loyalty, friendship, business and betrayal in the gripping pressure cooker society where striving to be above the masses, rather than striving with them, is the order of the day.

What Is American Buffalo About?

The story follows three small-time hustlers and friends, Donny, Bobby and Teach. Taking place in the stifling confines of Donny's junk shop, the on stage action is set into motion when Donny proposes a heist of rare and valuable coins from a local collector, initially recruiting the young and troubled Bobby for the job. When Teach, an old friend of Donny's arrives, he wants in and sets about persuading Donny that Bobby is too inexperienced for the task and that he should be the one to do it. As they spar and joust verbally, tensions escalate to boiling point when intentions, lies and the addition of a fourth heist member come to light.

Photo: Chairman of the Joint Chiefs of Staff Used under Creative Commons License

Sound good to you? Share this page on social media and let your friends know about American Buffalo at Circle in the Square Theatre.