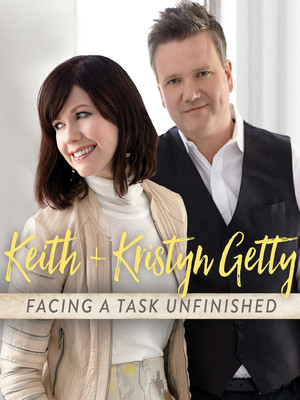 Songs of worship from the modern hymn songwriting duo

Why See Keith and Kristyn Getty?

Originally hailing from Northern Island, husband and wife team Keith and Krystyn Getty have emerged as the most popular modern hymn songwriters in the world. They are perhaps best known for 'In Christ Alone', which can regularly be heard in churches across the globe, and have nine studio albums to their name.

This year they're touring across the States in support of their latest effort Facing a Task Unfinished. Taking its inspiration from the 1931 hymn by Frank Houghton, this album concentrates on joys of congregational singing, and features a host of worlsd music guest stars, including Ladysmith Black Mambazo and Fernando Ortega.

Sound good to you? Share this page on social media and let your friends know about Keith and Kristyn Getty at Isaac Stern Auditorium.