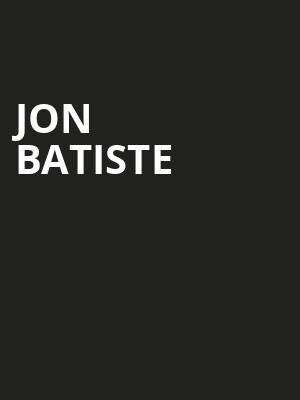 The next big thing in socially conscious music

The recipient of a breathtaking 11 2022 Grammy Award nominations, Jon Batiste is about to become one of the country's biggest stars. You might recognize him from his tenure as Stephen Colbert's magnanimous bandleader, or have heard his Oscar-winning score for Pixar's Soul (with Trent Reznor and Atticus Ross), seen his incredible Juneteenth celebration, or from enjoying his March 2021 record, We Are, or even with one of his genre-straddling collaborations with the likes of Stevie Wonder, Prince, Willy Nelson and more. What we're saying is the time has come for the socially conscious, eclectic artist, pianist, singer, and composer to truly step into the spotlight - where he belongs.

With such credentials, a Jon Batiste concert is not to be a simple affair, except a philosophical and intriguing adventure instead, as Batiste draws on myriad influences, including indigenous folk, pop, R&B, and many more, to present his defiant and socially conscious vision of Jazz 2.0.

Sound good to you? Share this page on social media and let your friends know about Jon Batiste at Isaac Stern Auditorium.