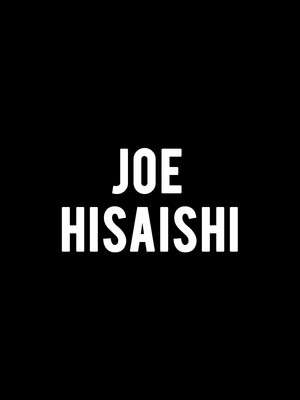 Peerless in his home country, Hisaishi has come to enjoy a cult status internationally among anime fans for his prolific body of work, much of it with Hayao Miyazaki, anime's greatest storyteller.

The Man Behind The Music Of Studio Ghibli

Mamoru Fujisawa, perhaps best known by the professional alias of Joe Hisaishi, is a master of multiple genres including European classical, Japanese traditional, ambient electronic and minimalist music, yet brings them all together under a truly distinctive signature sound. Since 1984, his unique style has become synonymous with the films of Hayao Miyazaki and Studio Ghibli, having composed the soundtrack for all but one of the revered studio's feature film animations.

One of Japan's most celebrated and prolific composers, the talented muso brings his works for these films to US shores this fall for a series of special concerts, leading a full orchestra and choir through some of his best loved compositions for Princess Mononke, Porco Rosso, My Neighbour Totoro and Academy Award winner Spirited Away amongst others. Video compilations from the films accompany the music during what is sure to be an evening filled with nostalgia, whimsy and exquisite music.

Sound good to you? Share this page on social media and let your friends know about Joe Hisaishi at Isaac Stern Auditorium.