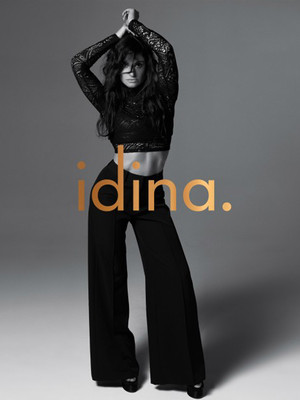 Idina Menzel has been a mainstay of the Broadway stage for nearly two decades, but her performance of 'Let It Go' from Disney's 2013 mega-hit Frozen took her fame to a whole different level. Add in her lead role in the acclaimed musical If/Then and Menzel is, without doubt, one of the biggest names in the business.

Starting as she meant to continue, Menzel's career got off to a bang in 1996 when she appeared in the original production of Rent, her first professional theater role. The musical won a Pulitzer and Menzel earned her first Tony nomination. Seven years later she would be nominated once again, and this time win, for her performance as the Elphaba in Wicked. Since then, she's gone from strength to strength, appearing in numerous musicals and shows, and demonstrating her dramatic chops on the silver screen, with roles in Kissing Jessica Stein and Ask the Dust.

Expect to hear all of Menzel's favorite tracks from her lengthy Broadway career on this tour, alongside cuts from her solo records and of course, THAT song from Frozen.

Whether she is belting Broadway tunes, movie hits or songs from her latest... more

Sound good to you? Share this page on social media and let your friends know about Idina Menzel at Isaac Stern Auditorium.