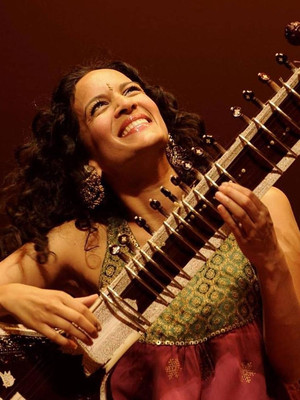 Part of the sitar-playing Shankar dynasty, Anoushka follows in her father Ravi's footsteps with her unique take on the Indian instrument. With five Grammy nominations under her belt, she first came to notable attention at the tender age of 20 with her first album, making her the first Indian female and youngest-ever Grammy nominee in the World Music category.

Continually evolving as an artist, her classical roots have allowed her to collaborate with fellow artists from across the musical spectrum, including the likes of M.I.A, Herbie Hancock, Pepe Habichuela, Karsh Kale, Rodrigo y Gabriela, and Joshua Bell.

Sound good to you? Share this page on social media and let your friends know about Anoushka Shankar at Isaac Stern Auditorium.