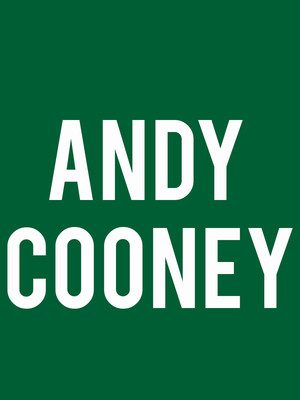 Andy's talent and versatility provide the ability to deliver a song directly to the hearts of his listeners.

After years of performing at the iconic Carnegie Hall, leading to eight amazing sell out performances, Andy Cooney is back again! Inspired by his Irish background, his notable music has made him a popular figure in the Irish American Music scene which began with him being taught by his Dublin native grandfather growing up.

Cooney has released 19 albums to date, with his latest, Irish Country Skyline being a country influenced hit released in 2016. He has performed with the prestigious New York Tenors as well as being known for creating traditional Irish music.

The Irish singer also put together an annual cruise called The Cruise of Irish Stars in 1998 that features performances from over 20 Irish music acts and attracts over 1000 visitors each year.

Sound good to you? Share this page on social media and let your friends know about Andy Cooney at Isaac Stern Auditorium.