Sorry! You missed Queen Latifah at NYCB Theatre at Westbury 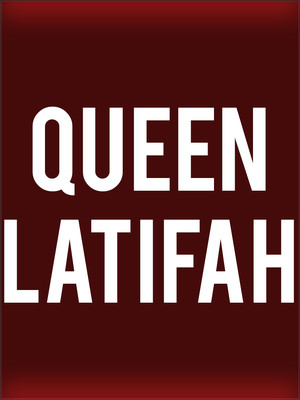 At a time when hip-hop's commercial successes have exploited the genre's worst impulses, Queen Latifah sounded better than ever when she performed late Sunday night at the Palladium. This rapper from New Jersey defies the stereotypes that have been attac

Superstar Queen Latifah is a household name in hip-hop and will perform at stages across North America! Bringing her catalog of hits with her, expect to hear music off her nominated jazz album The Dana Owens and nominated pop album, Trav'lin Light!

Queen Latifah has had an unforgettable influence on music and after beginning her career with her 1989 debut All Hail the Queen, has received four Grammy nominations and a Grammy Award for Best Solo Rap Performance in 1994 for her hit U.N.I.T.Y. Her uplifting lyrics addressing themes including race, sexism, and domestic violence have led her to widely being considered as one of hip-hop's first feminists and she is the first artist of the genre to be graced with with a star on the Hollywood Walk of Fame. The Golden Globe winning star is a musician, actress, author and entrepreneur.

Sound good to you? Share this page on social media and let your friends know about Queen Latifah at NYCB Theatre at Westbury.