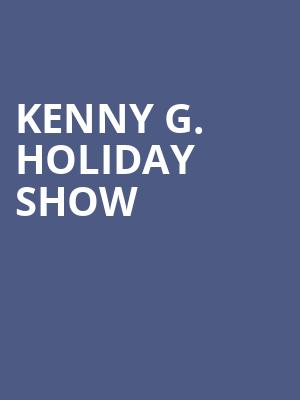 A special evening of Holiday music with the legendary saxophonist!

Join legendary saxophonist Kenny G. as he hits the road on his fantastically festive Holiday Hits Show! Hear your favorite Christmas tunes like never before as the celebrated Kenny G gives some of the world's classics get a Jazz twist.

Now a world-renowned Jazz superstar, Seattle born Kenny G began honing his craft from the age of 10. Kenny released his debut self-titled album in the mid-80s and as they say, the rest is history... Now having sold over 75 million records worldwide and having released 18 albums Kenny G has garnered over 14 Grammy Awards, winning one for 1994's "Forever In Love".

Tina Caster: “Kenny is still the Master of Jazz!”

Last time I saw Kenny G was Y2K in Seattle. This year, I actually saw... more

Kenny G did not disappoint his faithful at the Boch Center/Shubert Theatre... more

Sound good to you? Share this page on social media and let your friends know about Kenny G. Holiday Show at NYCB Theatre at Westbury.