Sorry! You missed Janis Ian and Livingston Taylor at NYCB Theatre at Westbury 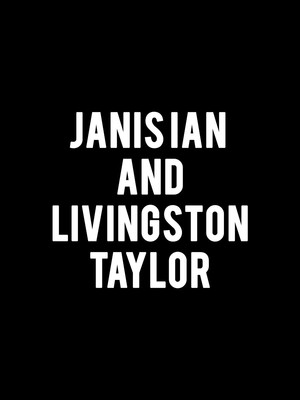 Poised and charming, Ms. Ian demonstrated her skill as a guitarist and pianist, some of whose songs incorporate strong blues elements

Two of folk music's greatest unsung heroes join forces for a special intimate concert. Drawing on a diverse range of influences including Piaf, Holiday and Odetta, Grammy Award-winning singer songstress Janis Ian first rose to prominence at the age of 14 when 'Society's Child', her debut 1967 ballad about a forbidden interracial romance, thrust her into the international spotlight. This paved the way for a long career, culminating in the Platinum-certified success of her seminal seventh album Between The Lines, which contained the career-defining single 'At Seventeen'.

Brother of iconic soft rocker James Taylor, Livingston carved a name for himself outside of his brother's considerable shadow with a career spanning over five decades, constant touring across the globe, and Billboard chart hit singles 'I Will Be In Love With You', 'I'll Come Running' and 'I Will Be In Love With You'. His collaborators include Fleetwood Mac and Linda Ronstadt, Jethro Tull and Jimmy Buffet.

Sound good to you? Share this page on social media and let your friends know about Janis Ian and Livingston Taylor at NYCB Theatre at Westbury.