Sorry! You missed Eddie Money at NYCB Theatre at Westbury 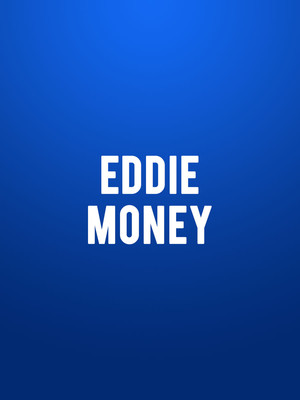 "Baby Hold On" & "No Control" ensure he can stay on the baby-boomer rock circuit as long as he wants, singing his classics ad infinitum to a crowd that just wants to get drunk and scream the choruses back at him. He wouldn't have it any other way.

Classic rock legend Eddie Money is making it rain on a hotly anticipated North American tour in the spring of 2019. On a path to follow his father's footsteps and become a New York City police offer, Money pulled out of the career to forge an enduring legacy in the entertainment business, beginning with his double platinum-certified, self-titled debut release in 1977. With the iconic impresario Bill Graham at his side, the rocker would go on to release a further 11 albums, multiple top 40 hits and write memorable theme tunes for TV and film.

With over four decades of near constant touring and recording under his belt, Money knows a thing or two when it comes to putting on one powerhouse of a show. Bringing career-defining hits like 'Baby Hold On', 'Two Tickets To Paradise', 'Maybe I'm A Fool' and 'Take Me Home Tonight' to the stage with a twinkle in his eye, the crooner's voice is on fine form after all those years of rocking and rolling. In between songs he connects with his fans with wisecracks, stories and jokes, regaling the crowd with tales from his storied life. He also regularly invites his daughter Jessie on stage to perform duets.

I have always enjoyed the music of Eddie Money. Perhaps it was our seats-... more

Have to agree with Lin, sound was terrible. We were in center section,... more

Sound good to you? Share this page on social media and let your friends know about Eddie Money at NYCB Theatre at Westbury.