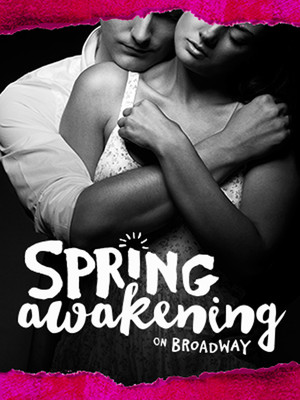 "One of the great musicals of the last decade was born anew on Sunday, when the thrillingly inventive Deaf West Theater production of 'Spring Awakening' opened on Broadway."

Following their hugely successful adaptation of Big River in 2003, LA's Deaf West returns to Broadway with an electric tale of sex, abuse and oppression. The company is comprised of both deaf and hearing actors and the show plays out in a mixture of both English and American sign language, sometimes with one character being portrayed by two actors at the same time.

Based on Frank Wedekind's controversial 1891 play (which was banned in many countries up until the mid 1900s), Spring Awakening focuses on budding teenage sexuality and the conservative Weimar society desperate to repress it. The show's writers Duncan Sheik and Steven Sater lend their 19th Century characters modern day attitudes and rock 'n' roll personas, to match the alternative rock score. The musical debuted on The Great White Way in 2006 and swept the board at the Tonys, picking up eight awards.

What is Spring Awakening About?

Wendla and Moritz are a pair of adolescents struggling to break through the smothering societal and moral codes of 19th Century Weimar Germany. Seeking something more from life, they embark on a voyage of personal and sexual exploration which puts them on a collision course with their elders and betters.

Two hours and 20 minutes, with one intermission

Sound good to you? Share this page on social media and let your friends know about Spring Awakening at Brooks Atkinson Theater.