You are viewing a past performance of Sister Act 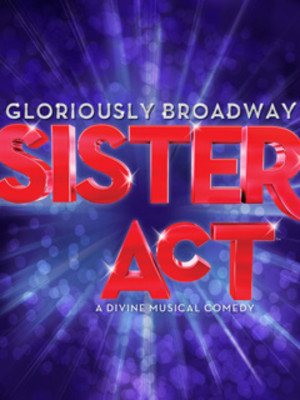 Direct from London and based on the hilarious hit film, Sister Act features an original score by 8-time Oscar® winner Alan Menken.

When Disco diva Deloris Van Cartier witnesses a murder she is put in protective custody in the one place cops are sure she won't be found - a convent!

Disguised as a nun, she finds herself at odds with both the rigid lifestyle and an up tight Mother Superior. Using her unique disco moves and singing talent to inspire the choir Deloris breaths new life into the church and community, but in doing so blows her cover.

Soon the gang is giving chase only to find them up against Deloris and the power of her new found Sister Hood.

Based on the smash-hit movie, Sister Act features a brand new score by 8 time Oscar winner Alan Menken whose credits include Little Shop of Horrors, Beauty and the Beast, The Little Mermaid and most recently the hit movie Enchanted.

Sister Act is suitable for audiences aged 8 and upwards.

2 hours and 30 minutes with one 15 minute intermission.

I have seen this show in London and it is really fabulous! I have seen... more

This Show is just fabulous,baby ! This show is based on the movie but this... more

Sound good to you? Share this page on social media and let your friends know about Sister Act at Broadway Theater.