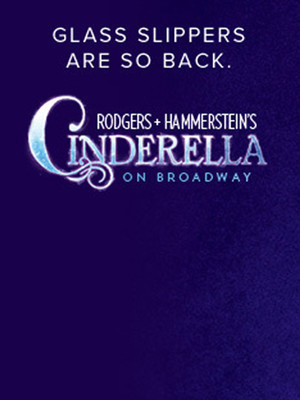 Reassuringly old-fashioned and refreshingly irreverent, sentimental and snarky, sincere and ironic, all at once!

This season's Rodgers & Hammerstein's Cinderella marks the Broadway premiere for the celebrated musical, which was written for television in 1957 by the legendary musical theatre duo.

The production has received rave reviews, including a thumbs-up from the New York Times' infamous Ben Brantley who described the show as "reassuringly old-fashioned and refreshingly irreverent, sentimental and snarky, sincere and ironic, all at once!" It also managed to swoop in and scoop up an impressive nine 2013 Tony Award nominations, including Best Revival of a Musical.

In addition to musical numbers from the original score, the show features songs from the duo's back catalogue. The production also features two exciting new cast members - Keke Palmer and Sherri Shepherd who have stepped into Cinder's slippers and the Madame's corsets.

then watch the tv version. The updating was smart, lighthearted, and overall... more

This "updated" version of Cinderella is enchanting and beautiful. Rodgers... more

Sound good to you? Share this page on social media and let your friends know about Cinderella at Broadway Theater.