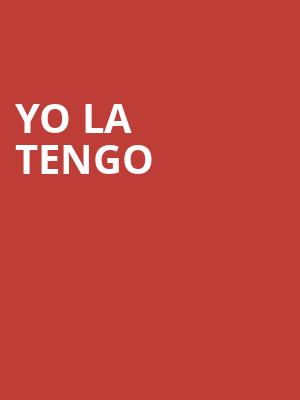 Photo by Thomas Kelley on Unsplash

YLT's generosity of spirit was never compromised by their bursts of Zappa-like experimentalism, the band's genius residing in the creation of a big sound that was also intimate and emotionally engaging.

Why See Yo La Tengo?

Eclectic trio Yo La Tengo take to the stage

Since their debut in the mid-Eighties, this folk-indie rock band has flown under the mainstream radar but remains to this day a quintessential critics band. Although they write and perform the majority of their material, they have garnered critical acclaim for performing cover songs.

Their most famous album was the spookily-named Fakebook in 1990, which marked a departure from their earlier acoustic roots into full-scale folk, and their newest effort has been dubbed as its sequel. Not content with recording albums for themselves, they have also scored instrumental film soundtracks including Jean Painleve's eight undersea documentaries in 2001, entitled The Sounds of the Sounds of Science.

Sound good to you? Share this page on social media and let your friends know about Yo La Tengo at Bowery Ballroom.