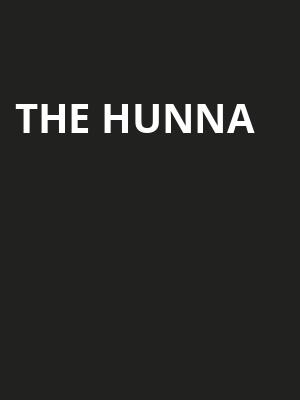 They are certainly an excellent example of a self made social media band. With millions of Spotify streams, theyve built a fiercely loyal online fan base and theyve sold out two nights in both Manchester and London.

Why See The Hunna?

rockers, are you ready?

Creating mosh pits where ever they go, super energetic Indie rockers The Hunna prepare to light up stages as they get ready to tour the country. The bands debut album 100 gained them worldwide success and peaked at number 36 on the Heat Seekers chart and this year sees them hitting the road in support of their most recent album 'I'd Rather Die Than Let You In' which features single 'Dark Times'.

The band consists of singer Ryan Potter, bassist Junate Angin, drummer Jack Metcalfe and lead guitarist Dan Dorney, who have gone from strength to strength since the release of their first single Bonfire in 2015. As well as headlining their own shows, the band have toured with rockers Jimmy Eat World and performed on rock radio station Alt Nations tour. The Hunna seek inspiration from just about anywhere from Rock and Heavy Metal to Rap, Trap and Hip Hop, all of which can be seen through their electric stage performances.

Seen The Hunna? Loved it? Hated it?

Sound good to you? Share this page on social media and let your friends know about The Hunna at Bowery Ballroom.