Sorry! You missed The Boys In The Band at Booth Theater 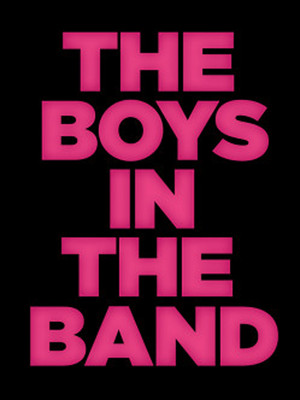 The Boys In The Band

'...the production is sharpest when the zingers are flying back and forth like missiles, but the anger coursing through the play's veins still scalds'

Why See The Boys In The Band?

Mart Crowley's landmark of LGBTQ theatre returns to celebrate its 50th anniversary with this all-star revival directed by Joe Mantello. An icon of queer theatre, The Boys in The Band broke ground from its 1968 premiere. Its depiction of a group of young homosexual men bonding and sparring during a rather calamitous birthday party was the first time many audiences experienced homosexuality as secondary to a character's personality, showing instead the individual, however flawed.

The second landmark gay drama to hit Broadway in 2018, its been lined up for a limited 15-week run at the Booth Theater with a veritable smogasboard of Emmy and Tony Winners and nominees including Jim Parsons, Andrew Rannells, Zachary Quinto, Matt Bomer and Robin De Jesus.

What is The Boys In The Band About?

Taking place in an upscale New York apartment, a group of gay men are celebrating Harold's birthday, hosted by his "frenemy" Michael. Morose at the prospect of not being able to attract younger men, things seemingly take an upturn for Harold when he is gifted with a male prostitute called Cowboy. However, events quickly turn dark again when Michael's allegedly straight college friend Alan arrives unexpectedly, needing to speak with Michael urgently.

As the drinks flow, the banter between the men becomes more nasty and pointed, culminating in a risky game where each player must call somebody on the telephone and declare their love. When it comes to Alan's turn, Michael spitefully snatches the phone from him, believing that his friend is in fact gay - only to find that Alan has called his wife. What Alan wanted to discuss with Michael remains a mystery, leaving us to make our own conclusions.

Launched two years before the Stonewall Riots in, The Boys In The Band is credited with contributing to the Gay Rights struggle and is essential viewing for any person with a interest in LGBTQ history.

Children under the age of 4 are not permitted in the theatre.

One hour 40 minutes with no intermission

I felt truly honored to see this work brought to life with such care and an unwavering strength to continue the stand against prejudice.

Crowley's play celebrates fifty years by finally making its Broadway debut with this star-studded cast. If it weren't for David Zinn's gorgeous period-specific set design and clothing, Crowley's play could have been written for today's audience. With the

The Booth Theater is a great venue for any show. Perfect for "The Boys... more

Sound good to you? Share this page on social media and let your friends know about The Boys In The Band at Booth Theater.