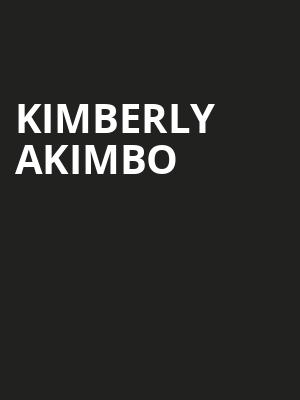 What's an anagram for wonderful? ...Playful yet powerful

New Jersey native Kimberly is nearly 16, but due to a premature aging disease, she actually looks much much older. But ever positive Kimberly isn't going to let a thing like that get in her way. After receiving rave reviews during its Atlantic Theatre run in fall 2021, this shining new musical from Jeanine Tersoi and Pulitzer Prize winner David Lindsay-Abaire transfers to the main stem this October, giving wider audiences a chance to enjoy the heart and hilarity of this poignant new musical.

Tony-winner Victoria Clark reprises the titular role of Kimberly, alongside the rest of the Atlantic Theatre cast. With 'beautifully detailed' (Vulture) direction from Jessica Stone and choreography by Danny Mefford,  Mark your calendars, we think this one's going to be a hit!

Sound good to you? Share this page on social media and let your friends know about Kimberly Akimbo at Booth Theater.