Sorry! You missed Gary - A Sequel To Titus Andronicus at Booth Theater 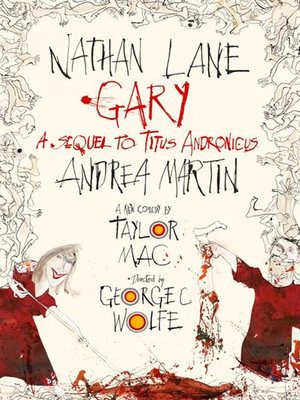 Gary - A Sequel To Titus Andronicus

Why See Gary - A Sequel To Titus Andronicus?

Hot off the success of his Tony win in 2018, Nathan Lane returns to tread the boards of the Great White Way opposite Andrea Martin in this brand new comedy by Taylor Mac. A sequel to William Shakespeare's bloodiest play, Gary is the story of those who're left behind to clean up after the tragedy ends. As much a sequel as a critique of politics and the current state of the world, Gary marks Mac's highly anticipated Broadway debut as is sure to have plenty of (hopefully still attached) tongues wagging this season.

A wrathful tale of a political coup in ancient Rome with roughly 5.2 atrocities per act, the aftermath of Titus Andronicus is where we lay our scene, where the clown, Gary, and his fellow servants are tasked with sorting out the mess left behind by this frenzy of revenge and power struggles. Being one of the few surviving, there is plenty of time for pontificating on the whys and wherefores of those in power- especially why they always leave to the little guys to clean up their mess.

The world is crude and grotesque. How do you make some of the mess we... more

People go to plays having no idea what they’re going to see. It’s... more

Sound good to you? Share this page on social media and let your friends know about Gary - A Sequel To Titus Andronicus at Booth Theater.