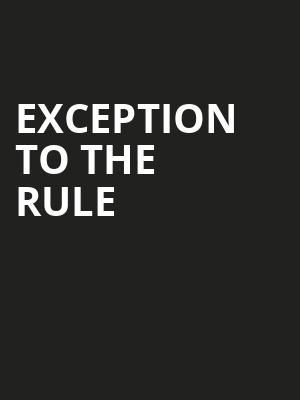 Exception To The Rule

Why See Exception To The Rule?

Spoken word playwright and poet Dave Harris marks his auspicious New York debut with the Roundabout Theatre Company in the fall of 2021. Previously seen during the theatre's 2019 Underground season, electrifying dramedy Exception to the Rule is a searing examination of what it means to be an African American high school student with echoes of The Breakfast Club in its bones.

Exploring what it means to be just barely getting by in an institution that was not built for you, the story finds students stuck in a Friday detention right before a long weekend. Most of them are regulars, but the arrival of straight-A student Erika is highly unusual. As the play progresses, we find out just why each teenager is being punished whilst flirtation, fighting and self-realisations bubble to the surface.

Seen Exception To The Rule? Loved it? Hated it?

Sound good to you? Share this page on social media and let your friends know about Exception To The Rule at Black Box Theatre.