Sorry! You missed Heart at Bethel Woods Center For The Arts 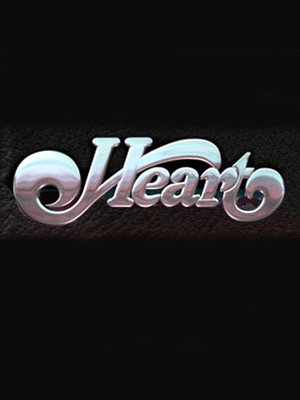 Nearly 35 years after their first big hit, Heart were back in the Billboard Top 10 in 2010 with "Red Velvet Car"!

Heart are returning to the road for the first time in three years! The American rock band, which first found success in Canada, is trecking across America in celebration of their 1977 track Little Queen, which inspired the title of the tour, the Love Alive Tour. Expect to see an all-star line up of guest openers including Joan Jett & The Blackhearts, 2019s Grammys star Brandi Carlile, Sheryl Crow, Elle King and Lucie Silvas.

Sisters Ann and Nancy Wilson first showed that women can rock the world when their band, Heart, stormed the charts in the 70's with hits like "Crazy on You," "Magic Man," "Barracuda," "Straight On," and so many more.

Not only did the Wilson sisters lead the band, they wrote the songs and played the instruments too, making them the first women in rock history to do so. Heart continued topping the charts through the '80s and '90s with huge hits like "These Dreams," "Alone","What About Love","If Looks Could Kill," "Never", and a string of other hits that showcased the sisters' enormous talents as musicians and singers.

Sound good to you? Share this page on social media and let your friends know about Heart at Bethel Woods Center For The Arts.