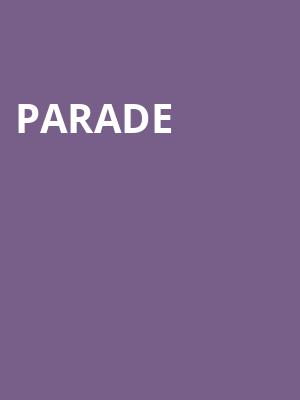 Musicals primarily deal with romance: it is refreshing to find one that deals so eloquently with the roots of southern prejudice.

Ben Platt and Micaela Diamond return to the stage with the Broadway revival of Jason Robert Brown and Alfred Uhry's Tony-winning 1998 musical! Based on the true story of Leo Frank, Parade is about a wrongly convicted Georgia factory owner who was subjected to a fate born out of hatred, hearsay, and hysteria. This highly anticipated production arrives on Broadway following a limited run at New York City Center.

Directed by Michael Arden, Leo's story is told with Brown's lyrical flourish, integrating pop, rock, folk, R&B gospel, with documentary assets from the trial itself, giving a greater poignancy to this bigotry-fuelled miscarriage of justice and humanity. In a world where we continue to see the fall out of these misled and ignorant views, the musical carries a relevancy it is impossible to ignore.

The story of Parade

With themes as timely as ever, Parade is set in Marietta, Georgia in 1913 and concerns the trial of one Leo Frank, a Jewish factory owner accused of a horrific crime. In the face of rising Anti-Semitism and media sensationalism, Leo is forced to fight for his life as the townsfolk work themselves into a frenzy.

Seen Parade? Loved it? Hated it?

Sound good to you? Share this page on social media and let your friends know about Parade at Bernard B Jacobs Theater.