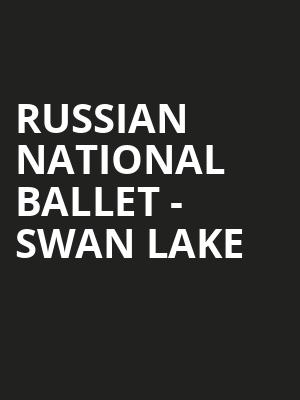 A relatively new ballet company from Russia, formed during the last days of the Soviet Union, the Russian National Ballet is one of the busiest dance companies in the world. The company are committed to a long annual touring schedule across the States, the UK and across the world. Their repertory features the most famous classic Russian ballets, including the Nutcracker, and of course Swan Lake. This November, they will bring Swan Lake to in , ,

Dashing, but pressured Prince Siegfried is urged by his mother to marry soon and bids that he chooses a spouse the following night, at the royal ball. Frustrated, he goes hunting with his friends, and after becoming separated, is stunned when one of the swans he marked for prey, transforms into a beautiful maiden. He falls deeply in love, but she is terrified of him. Upon winning his trust, she divulges that she and her companions are victims of an evil spell, cast by a sorcerer Von Rothbart, who traps them on the lake and in their Swan like form, only becoming human for the night. The only way to break this spell is for one who has never loved to love her, The Swan Queen.

Suitable for most ages 8+

Sound good to you? Share this page on social media and let your friends know about Russian National Ballet - Swan Lake at Bergen Performing Arts Center.