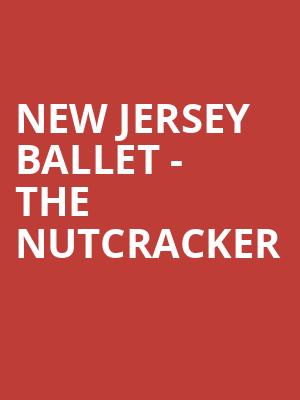 Photo by Zuoqi Liu on Unsplash

Now for five decades, New Jersey Ballet's Nutcracker has been a cherished holiday tradition for many generations of families in NJ.

The story follows a young girl, Clara as she is given a beautiful nutracker doll by her mysterious godfather. As the clock strikes midnight, Clara awakens underneath the family's Christmas tree - only this one is ten times larger than she is! When a pack of wicked mice, led by their nefarious King attack, she finds to her surprise that her nutcracker doll has come to life, and valiantly battles the mice army with a motley of tin soldiers. With Clara lending a hand, the mice scatter defeated, and in gratitude, the Nutcracker offers to take Clara on a spellbinding adventure...

Passing through the wintry beauty of the Land of Snowflakes, they next arrive in the mythical Kingdom of Sweets, ruled over by the benevolent Sugar Plum Fairy, where in their honor she commands a special dance performance where they savor an array of delights in dancing confections from around the world, including Chinese Tea, Spanish Hot Chocolate, Arabian Coffee, and Merlitons, all with their distinct vignettes. And of course, it is all topped off with a beautiful Pas De Deux featuring the Sugar Plum Fairy and her Cavelier!

Seen New Jersey Ballet - The Nutcracker? Loved it? Hated it?

Sound good to you? Share this page on social media and let your friends know about New Jersey Ballet - The Nutcracker at Bergen Performing Arts Center.