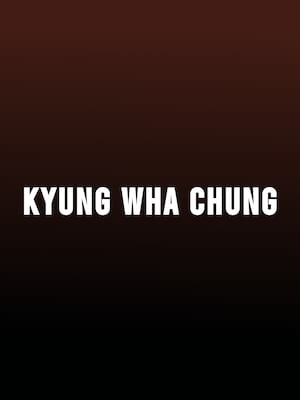 Simply, relentlessly, magnificent: a miracle of momentum and humanity.

One of today's most globally respected violinists, Kyung Wha Chung, heads to North America to perform live in Toronto, ON and Englewood, NJ in March. The distinguished South Korean virtuoso brings her electrifying artistry to Koerner Hall in Toronto and Bergen Performing Arts Center in Englewood, performing pieces by Beethoven, Franck and more.

The decorated star has been recognised around the world for her ability and contribution to music, with awards including South Korea's highest honor, the Medal of Civil Merit. Since her breakthrough aged 9 as a child prodigy with the Seoul Philharmonic, her incredible six-decade career has seen many starring engagements with the New York Philharmonic, London Symphony and Chicago Symphony orchestras, as well as a prolific output as a solo artist with Decca Records.

Sound good to you? Share this page on social media and let your friends know about Kyung Wha Chung at Bergen Performing Arts Center.