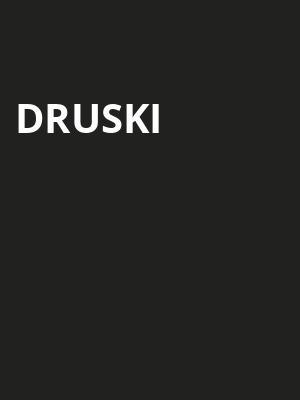 Stepping out of our phone screens and onto stages across the country, don't miss actor, comedian, and businessman Druski's first-ever headlining tour! Titled 'Coulda, Woulda, Shoulda, the Instagram star will be bringing you some hilarious stand-up alongside his hit 'Coulda Been Records' segments, offering aspiring talent the chance to perform live for the first time!

Druski is no stranger to live audiences, having opened for top performers including Lil Baby and JJ Cole, and starred in videos for Jack Harlow, Drake, and Chloe and Latto. Now with his name the biggest on the marquee, it's time to get ready for Druski's crossover success era!

Seen Druski? Loved it? Hated it?

Sound good to you? Share this page on social media and let your friends know about Druski at Beacon Theater.