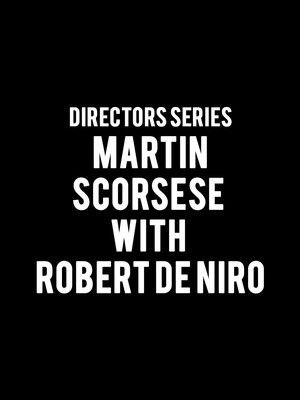 In Conversation With Scorsese & De Niro

Founded in 2002 by Hollywood icon Robert De Niro, film producer Jane Rosenthal and real estate mogul/philanthropist Craig Hatkoff, the Tribeca Film Festival is now one of the largest and most prestigious film festivals in America. As part of the festival's Tribeca Talks series, De Niro himself is set to sit down with frequent collaborator Martin Scorsese to talk about their legacy-building careers in film, alongside other history-making duos Jennifer Lawrence & director David O. Russell, and Queen Latifah and director Dee Rees.

Filmmaker Scorsese has spent over five decades honing his talents as one of the nation's most highly regarded and awarded auters, with films that unflinchingly examine gang conflict, crime, masculinity, the Roman Catholic Church and the Italian-American identity - themes that commonly recur in the nine films he's made with Robert De Niro (Taxi Driver, Goodfellas, Cape Fear and Casino to name a few). The pair are reunited once more in upcoming crime drama The Irishman, set for release in the fall of 2019.

Sound good to you? Share this page on social media and let your friends know about Directors Series - Martin Scorsese with Robert De Niro at Beacon Theater.