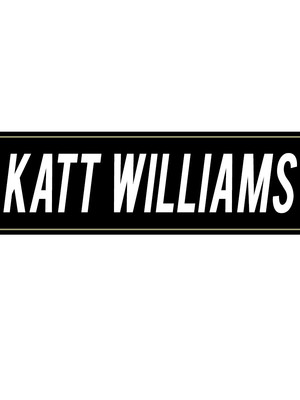 Williams doesn't show up at the usual red carpet premieres and Hollywood parties. With a persona that falls somewhere between a possessed revival preacher and Looney Tunes' Tasmanian Devil, they're probably happy not to have him.

Williams' sharply tuned mind is unafraid to tackle any topic, no matter how awkward it may seem. This follows on from his hugely successful Conspiracies Tour in 2016, which as you may have guessed, touched on the biggest conspiracy theories in America, spanning over 60 years.

This past year, Katt Williams has prioritised multiple upcoming projects. From several films to his latest stand-up special, Williams remains at the top of his game and shows no sign of slowing down!

While stand-up comedy remains Williams first love, he's probably still best-known for his breakout role as Money Mike in Friday After Next. He's also appeared in American Hustle, My Wife and Kids, Norbit, and Scary Movie 5.

Suitable for ages 16+ due to mature content and strong language

Opening acts were great even the host was great! And the finale of Katt... more

I had a fantastic time. I would not take kids though. Definitely not kid... more

Sound good to you? Share this page on social media and let your friends know about Katt Williams at Barclays Center.