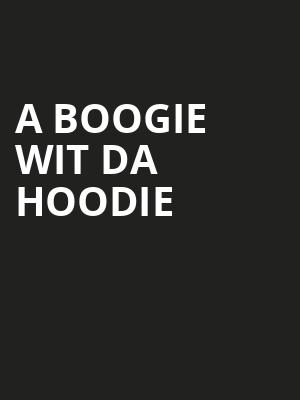 Curtis Huynh for The Come Up Show, CC BY 2.0, via Wikimedia Commons

Featuring new material from his highly anticipated Me VS Myself album!

ME VS MYSELF Tour

One of Hip Hop's top rapper, A Boogie Wit Da Hoodie is hitting the road again as the headliner of Me VS Myself Tour. Kicking off in February, the multiple award-winning artist will be visiting a bunch of cities and invites you along for the ride. Make sure you don't miss this high energy outing before it comes to an end in March.

Rapper, singer and songwriter Julius Dubose, stage name A Boogie Wit Da Hoodie's music gives fans a lot to be enthusiastic about. After his inception into the music industry with his 2016 debut mixtape 'Artist,' the rapper was on Forbes list of up and coming rappers to watch as well as being featured on the BET Hip Hop Awards cypher with fellow hip hop musicians Nick Grant and Kent Jones.

Dubose's highly anticipated album Me VS Myself features well-known artists such as, H.E.R, Kodak Black, Roddy Ricch and many more.

Sound good to you? Share this page on social media and let your friends know about A Boogie Wit Da Hoodie at Barclays Center.