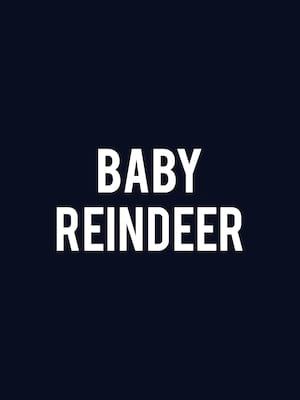 This is searingly honest and personal work that feels like a radical gesture.

Following a critically lauded debut at the Edinburgh Fringe Festival in 2019, Richard Gadd's arresting one-man show Baby Reindeer has swiftly become a theatrical phenomenon. Charting the actor's own real-life experiences with a stalker, the haunting drama enjoyed an Off-West End run and subsequent West End Transfer at the Ambassador's Theatre. It now comes to The Big Apple, weaving its thought-provoking spell under the direction of the Olivier Award-winning English playwright Jon Brittain (Rotterdam).

When the award-winning comedian, then a barista, offered a cup of tea on the house to a stranger, he could never have imagined the living hell it would unleash. Carried by his electrifying, tour-de-force performance, Gadd's tale of obsession and delusion is punctuated by a deluge of emails (41,000 in three years), abuse and harassment that engulfs his friends, family and partner. Deeply personal and utterly thought-provoking, Gadd blazes a trail in creating a new space for the masculine perspective.

Sound good to you? Share this page on social media and let your friends know about Baby Reindeer at BAM Fisher.