Sorry! You missed The Homecoming Queen at Atlantic Stage 2 Theater 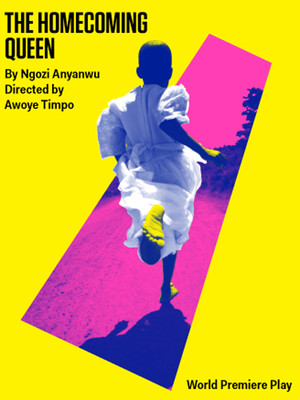 The character of Nkechi, if not entirely autobiographical, clearly owes a great deal to Anyanwu herself, and her performance is persuasive and endearing.

Why See The Homecoming Queen?

Is home truly where the heart is?

Another world premiere production heads off-Broadway as part of the Atlantic Theater's 2017/18 season. Marking the Off-Broadway debut for playwright Ngozi Anyanwu (Good Grief), this new drama takes us to Nigeria as we follow a best-selling novelist back to her childhood home to care for her dying father. Following the tradition of prodigal adult children everywhere, our heroine finds that her "homecoming" is fraught with secrets, confronting her traumatic past and getting to know those people she hasn't seen in over 10 years.

The second play by a talented newcomer

This is the second play to deal with homecoming from the up and coming author; her first show "Good Grief" recently premiered in Culver City to positive reviews and garnering the 2016 Humanitas/Center Theatre Group Playwriting Prize. Returning home to Pennsylvania following the death of her friend, she is accused of wallowing and self-indulgence from the people that she expected to support her.

Seen The Homecoming Queen? Loved it? Hated it?

Sound good to you? Share this page on social media and let your friends know about The Homecoming Queen at Atlantic Stage 2 Theater.