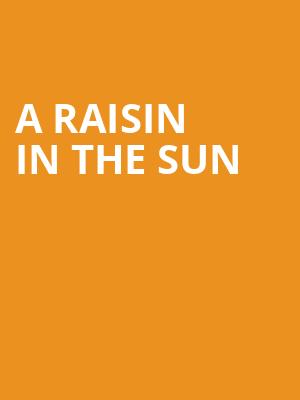 A Raisin In The Sun

Why See A Raisin In The Sun?

A Raisin in the Sun was the first play written by an African-American woman to be produced on Broadway. It was also one of the very first on Broadway to take an in-depth look at the experiences of African-American families in pre-civil rights USA. Although Hansberry's groundbreaking play was initially considered to be a risky investment, it went on to run for nearly two years and received four Tony nominations.

more ABOUT A RAISIN IN THE SUN

A Raisin in the Sun follows the troubles which befall Walter Younger and his family, a Black family who have recently moved to Chicago. When Walter's elderly mother when inherits a large sum of money, not everyone can agree on what it should be used for.

Walter wants to invest in a liquor store, while Mama wants to put the money down on a new home in a white neighborhood for reasons of affordability. As Walter struggles with this dilemma, two characters enter his life who force him to evaluate his social standing, though he does so largely in terms of his financial status.

Two hours and 50 minutes with an intermission

Seen A Raisin In The Sun? Loved it? Hated it?

Sound good to you? Share this page on social media and let your friends know about A Raisin In The Sun at Astor Place Theatre.