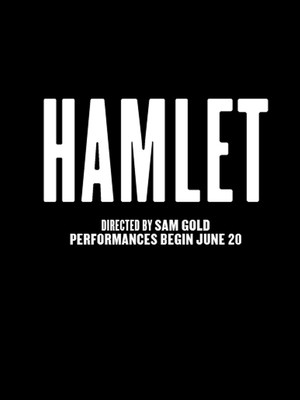 "Mr. Gold and his top-flight cast - led by a majestically impudent Oscar Isaac - tease and tweak the object of their affections, which happens to be the best-known play in English literature."

The Public Theater presents a new staging of Shakespeare's Hamlet this summer. One of the greatest tragedies ever written, Hamlet's title character is often the defining role of a stage actor's career, with each new incarnation being judged against a lineage of acting greats such as Lawrence Olivier, Richard Burton, and more recently, Benedict Cumberbatch. Taking his turn as the blood-soaked Dane in this production is Oscar Isaac. Tony-winner Sam Gold (Fun Home) directs.

The Man of the Moment

An actor who marries intensity with matinee idol looks, Isaac's star has been on the rise in recent years with role in Drive, Inside Llewyn Davis and Ex Machina, but it really reached stratospheric heights with his appearance in a little movie called Star Wars: The Force Awakens. He's no stranger to Shakespeare though, having played Romeo in a 2007 Shakespeare in the Park performance.

What is Hamlet About?

In the Kingdom of Denmark, Prince Hamlet plans his revenge on the uncle who murdered his father, and now sits on the throne. After a period of self-imposed exile, the dispossessed prince makes his return from the shadows, consumed by grief and a lust for revenge against the man who betrayed him.

3 and a half hours, with two intermissions

Seen Hamlet? Loved it? Hated it?

Sound good to you? Share this page on social media and let your friends know about Hamlet at Anspacher Theater.