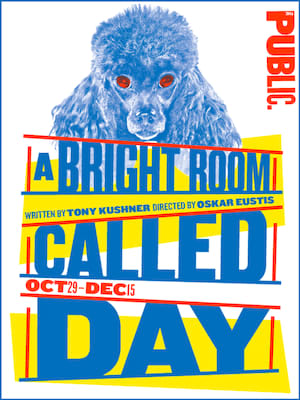 Watch Power and Protest in a Bright Room Called Day

A Bright Room Called Day reworks the original play that follows a group of friends who witness the rise of Adolf Hitler and the Nazis in 1930s Germany. The production is centered around actress Agnes who encounters an American woman, Zillah, infuriated by the horrors of the Reagan administration and the increase of authoritarianism in her country.

With themes of protest, passion and survival, audiences will be gripped by how easy it is for horrific authority figures to come in to power and ask, is it happening again?

Tony Kushner is an award-winning playwright who gained notoriety through his 1991 production, 'Angels in America.' After its premier, the play received a Tony Award, a Drama Desk Award and the Pulitzer Prize for Drama. This is the first large New York revival of A Bright Room Called Day.

Sound good to you? Share this page on social media and let your friends know about A Bright Room Called Day at Anspacher Theater.