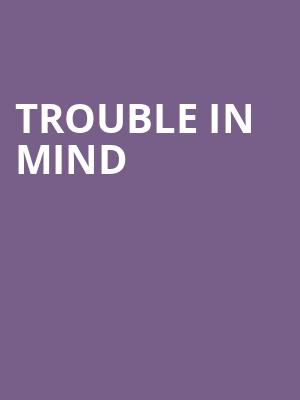 Why See Trouble in Mind?

As racial tensions simmer in the streets, a talented black actress in rehearsals for major Broadway production finds that the struggle for racial equality doesn't stop at the stage door in Alice Childress's seminal satire on racism in New York's theatrical world. Sound familiar? Well, Trouble In Mind actually debuted off-Broadway in 1955. Hailed by the Washington Post as one of the greatest plays about racism ever written, Trouble in Mind finally gets another shot at the Great White Way, six decades after its highly acclaimed premiere.

When the first integrated play is about to open on Broadway, racial tensions between the black and white players surface, and one African-American actress has a stark choice to make when it comes to chasing her dream role as a lead; whether swallow her pride and personal values and kowtow to the racist white director in order to realize her dream, or stand up for her fellow cast members and risk losing everything she has worked for.

The play was awarded an Obie Award in 1956 for best original Off-Broadway production, making her not only the first African-American female playwright but also the first to win an Obie. Ironically, the play faced its own racial struggles parallel to those featured in Chaos in Belleville, the very show that the cast of Trouble in Mind are trying to stage. However, it was award-winning and a hit with critics and audiences at the time and remains as relevant as ever in today's world.

Two hours and 15 minutes including intermission

Photo by Kyle Head on Unsplash

Seen Trouble in Mind? Loved it? Hated it?

Sound good to you? Share this page on social media and let your friends know about Trouble in Mind at American Airlines Theater.