Sorry! You missed The Rose Tattoo at American Airlines Theater 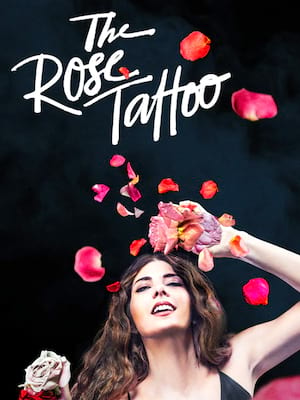 Serafina's journey, thanks to Tomei's energy and brio, is one you root for

Why See The Rose Tattoo?

Pulitzer Prize winner Tennessee Williams' powerful mediation on love, marriage, womanhood and their often messy convergence first stunned audiences and critics alike during its four-time Tony-winning run on Broadway in 1951. Subject to multiple revivals over the years, one of the most recent and most notable iterations saw Italian-American Academy Award-winning actress Marissa Tomei make The Rose Tattoo's lead role of Serafina entirely her own during its critically lauded run at the Williamstown Theatre Festival in 2016.

Tomei, whose career-defining turns in feature films like My Cousin Vinny and The Ides of March have made her one of the most in demand actors in Hollywood, returns to tread the Broadway boards in the hotly anticipated revival of the Williamstown production at the Roundabout Theater Company, helmed once more by Obie Award-winning director Trip Cullman.

What Is The Rose Tattoo About?

Set in a Sicilian immigrant village on America's Gulf Coast, The Rose Tattoo centers on Serafina Della Rose, a pregnant seamstress whose truck driving husband Rosario's upstanding reputation is tarnished when he is shot by the police and it emerges he was smuggling illegal goods in his truck. Bereft, Serafina miscarries and falls into deep mourning, and a web of yearning, despair and gossip trap her and her blossoming beauty of a daughter Rosa.

As the years pass, Serafina must pull herself from the depths of sorrow whilst Rosa grows and takes on the world, attracting the attentions of a smitten young sailor. The arrival of the handsome Alvaro, also a truck driver, stir violent passions that do anything but calm the stormy seas of the Rose women's lives.

Two hours and 30 minutes, including a 15-minute intermission

Seen The Rose Tattoo? Loved it? Hated it?

Sound good to you? Share this page on social media and let your friends know about The Rose Tattoo at American Airlines Theater.