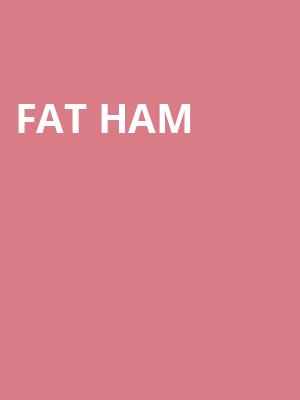 the pulitzer-winners opens on broadway

James Ijames' Pulitzer Prize-winning play transfers to Broadway! Fat Ham is a wildly imaginative and socially-charged reimagining of Shakespeare's classic, Hamlet. Instead of a Danish castle however, this time our story takes place at a BBQ cookout in Southern America where Juicy, a queer college student, must decide whether to avenge his father's death or carve a new path for his future.

The acclaimed production originated as a collab between New York City's Public Theatre and Harlem's National Black Theatre. It received rave reviews when it premiered in Philadephia in 2021, and made headlines when it won the Pulitzer Price for Drama in 2022. Following its Philly run, the ground-breaking new play made its New York City debut with a sold-out run at the Public Theatre's Anspacher Theater. And now, its ready to entertain a whole new audience as it makes its Broadway debut at the American Airlines Theatre in early 2023.

nothing either good or bad but thinking makes it so

Issues of identiy and family obligation come to a head during a backyard cookout when Juicy's dad joins the BBQ. Only trouble is, his dad is dead and this is his ghost. It's Hamlet as we know it - but also completely different. Instead of a brooding, tormented, privileged prince, this time our hero is a self-aware, LGBTQ+ Black male. How will he respond when faced with the same choices? Will he be able to break the cycles of violence? And how differently will we experience this iconic narrative, rewritten and reshaped for modern America?

Sound good to you? Share this page on social media and let your friends know about Fat Ham at American Airlines Theater.