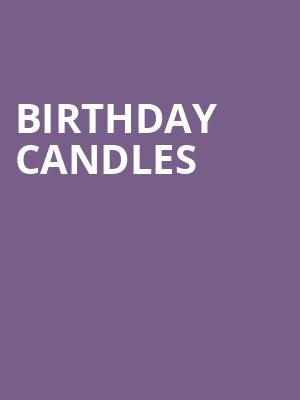 Debra Messing, the beloved star of Will & Grace, is heading back to Broadway as she stars in the Roundabout Theatre Company production of Birthday Candles. Penned by Noah Haidle, a writer with "freewheeling ambition" (New York Times), Birthday Candles marks the writer's Broadway debut and will play for a limited Broadway run next spring at the American Airlines Theatre. Birthday Candles will be directed by Obie Award winner Vivian Benesch.

Messing stars as Ernestine Ashworth who on the eve of her 17th Birthday is anguishing over her apparent insignificance in the world. As Ernestine hits her 18th birthday, then her 47th, 70th, and 101st Birthday Candles explores how the seemingly insignificant parts of our lifetimes mold together to make the ordinary extraordinary.

First rising to fame for her Emmy winning turn in late 90s NBC sitcom Will & Grace. Going onto star in countless movies and TV shows (SMASH, Wedding Date, Along Came Polly) Debra Messing made her Broadway debut in the Tony-nominated play Outside Mullingar in 2014.  Alongside her Emmy Award Messing has been nominated for a whopping nine Golden Globe Awards!

Sound good to you? Share this page on social media and let your friends know about Birthday Candles at American Airlines Theater.