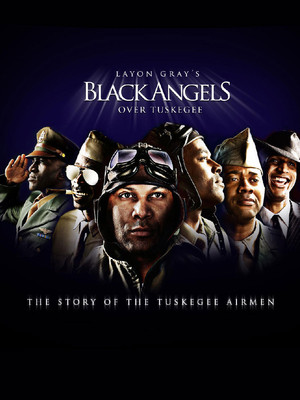 Some plays teach, others celebrate, and a few simply entertain. Black Angels Over Tuskegee manages to do all three and one thing more: It inspires.

Why See Black Angels Over Tuskegee?

The Tuskegee Airmen were leading lights in the fight for integration and social equality. They were African American men brought together under the Army Air Corps program in the build up to WWII, a time when Jim Crow laws were still operating in many states. Their outstanding contribution to the war effort played a major role in the full integration of the American Armed Forces, and struck a blow for prejudice and discrimination everywhere.

One of Off-Broadway's longest running shows, Black Angels Over Tuskegee tells their story with wit and heart, painting a realistic portrait of six men from the 99th Pursuit Squadron. It's a play that inspires and entertains in equal measure, and stands as a worthy tribute to its subjects. Black Angels is written and directed by Layron Gray, who also performs in the show.

Appropriate for ages four year and above

Two hours and 35 minutes, including one intermission

Seen Black Angels Over Tuskegee? Loved it? Hated it?

Sound good to you? Share this page on social media and let your friends know about Black Angels Over Tuskegee at Actors Temple Theater.