The Verdict Is In On Martyna Majok's Cost Of Living!

The critics have spoken. Find out what they thought of Broadway's 'Cost of Living'.

The critics have now had their say and the reviews are rolling in.

Generous even in its anger, Cost of Living is an act of service toward its characters, its actors and its audience, too, enlarging the vision of what is possible in a Broadway theater and who is welcome here.
- The Guardian, Alexis Soloski

Like "Sanctuary City," "Cost of Living" is a compelling contemporary drama that has enigmatic and vulnerable characters, complex relationships, rising intensity, vigorous argumentation, and an underlying sense of humor and compassion in the midst of endless struggle.
- AMNY, Matt Windman

If most of "Cost of Living" is invigorating for not leaning on easy answers or stereotypical, Hallmark Channel characters, the ending aims to nourish audiences in a more traditional manner we've become accustomed to. And it does. Still, in zig-zagging away from well-tread paths, Majok arrives at a destination we hadn't planned to visit, but are pleased to be at nonetheless.
- New York Post, Johnny Oleksinski

Cost of Living delivers an aching and nuanced portrait of disability in America. Yet, much of the play transcends the physical body, empowering the quartet with brevity of language that cuts like a surgeon's knife.
- Queerty, Matthew Wexler

Overall, the critics all had the same thoughts when it came to Cost of Living. With an average rating of four stars given - it seems the Cost of Living has really made its mark on Broadway.

Have you been to see it? We'd love to hear what you thought.

WHAT IS COST OF LIVING ABOUT?

Written by Martyna Majok, whose previous work Ironbound played Rattlesticks Playwrights Theatre, this darkly comic piece follows a set of four characters dealing with physical disabilities and heavy emotional baggage. Truck driver Eddie sits alone at a bar, recalling memories of his ex-wife Ani, who was injured in a car accident, while overworked caregiver Jess takes on the task of looking after cerebral palsy sufferer John. As their storylines converge, the play explores our understanding of disability and the cost of caring for the ones you love. 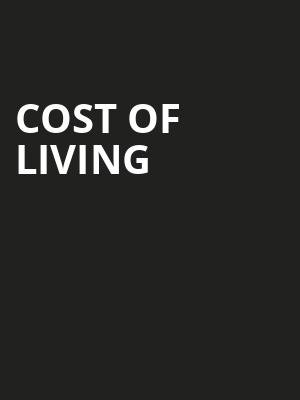 "Tremendous emotion flows in Martyna Majok's exquisitely attuned play. The cast is as powerful as any now on a New York stage."