After recently announcing its upcoming cast album, The Music Man also hit us with another announcement - it will be closing on Broadway at the end of this year, January 1, 2023! Following its closure The Music Man will have played 358 performances.

The Hugh Jackman and Sutton Foster-led Broadway revival saw a rocky start to its Broadway life, with the 2020 closures and uncertainty of when theater would reopen. But once the curtain rose again The Music Man took off and saw record sales! It does come as quite a surprise, as usually the announcement of a cast album means for a longer life on the Great White Way - pulling in those who listen to cast album before heading to the shows - but that's just our opinion.

But now lingers the question, what show will fill the boots at the Winter Garden Theatre? Will there be a UK transfer heading over - or maybe a brand new show! Keep your eyes peeled, we'll update you as soon we know.

A runaway Tony and Grammy-winning success in 1957, Meredith Wilson and Franklin Lacey's The Music Man continues to be enduring popular with audiences today, what with its theme of love and redemption, a cast of sunny characters and a score that has now passed into the American Musical Theatre canon. Included are the standards 'Goodnight Someone','Seventy-Six Trombones','Gary, Indiana', and 'Til There Was You' (which was even covered by The Beatles!)

Having made a living pitching marching bands (then disappearing when he gets the loot) to small towns across the Midwest, Harold Hill pitches up to River City with his usual scheme. Throwing himself into the act, he gets the whole town interested in his new project. But when the man who can't tell a trombone from a treble clef accidentally launches a new musical trend, he discovers leaving might not be so easy after all. Not only that, but skeptical librarian Marian has stamped his heart, marking his time to fall in love as overdue. Will he be able to make good on his hustle? Or is it time to stop running and settle down? 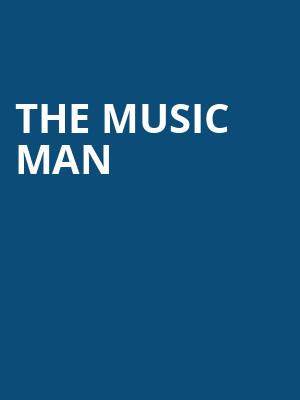