When Chicago was revived on Broadway in 1996, following its rocky debut in 1975, nobody expected it to become the longest-running American musical and longest-running musical revival in Broadway history. Six Tony Awards, one Grammy Award and six Drama Desk Awards later, it's no surprise that Chicago is now popping the cork and celebrating 25 years of the ole' razzle-dazzle on Broadway.

The original Broadway production which opened in 1975 survived 936 performances before closing in 1977. The musical received mixed reviews and apparently made audiences feel uncomfortable. Their competing show at the time, A Chorus Line, beat Chicago in both Tony awards and ticket sales which led Chicago into debates of closing. The musical's bad luck didn't end there, leading lady Gwen Verdon inhaled a feather during the show's finale and ended up in hospital having surgery on her throat and nodes. In an attempt to boost the show's popularity, Liza Minnelli stepped into the shoes of Roxie Hart but her run only lasted a month.

To this day, Chicago continues to wow audiences with its charm and score. It's also known for the many celebrities who have starred and continue to appear in the show, including Jerry Springer, Patrick Swayze, Rita Wilson, Melanie Griffith, Mel B, Carol Woods and many more.

25 years down, many more to go - HAPPY SILVER ANNIVERSARY CHICAGO! 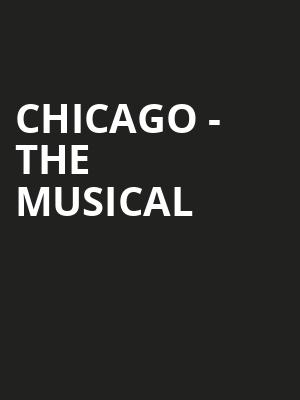 The musical, considered too dark when it failed in 1975, today seems right in keeping with hard-learned cynicism about the American justice system.